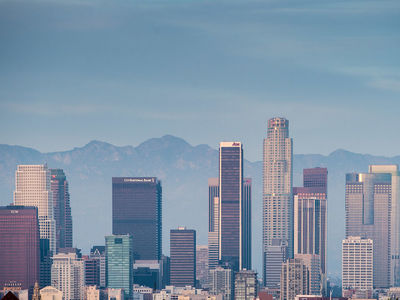 The University of Notre Dame’s Global Adaptation Initiative (ND-GAIN) has announced it will assess the climate vulnerability and readiness of every U.S. city with a population over 100,000 – more than 250 in all – in an effort to help inform decisions by city officials on infrastructure, land use, water resources management, transportation and other adaptive strategies.

The Urban Adaptation Assessment (UAA), a 24-month project funded by the Kresge Foundation, will also integrate a social equity analysis, which will investigate how vulnerable groups are disproportionately harmed by climate hazards, such as extreme heat, flooding and extreme cold.

“Today policy choices regarding how to spend scarce resources to adapt to our changing climate must be articulated without the benefit of seeing how alternative choices will influence local inequities,” said Patrick Regan, associate director of ND-GAIN and professor of political science and peace studies at Notre Dame. “Our data-driven tool will help leaders understand the implications of alternative policy choices and pursue decision-making that builds resilient communities.”

ND-GAIN will collaborate with the University of Minnesota’s Institute on the Environment to compile and analyze each city’s data and produce assessments that focus on urban geographies’ vulnerabilities and how ready cities are to successfully implement adaptation solutions. The project will also examine adaptation patterns among coastal, drought-prone and single-industry cities, among other subsets.

“Protecting those least able to withstand climate impacts is a critical part of good adaptation policies,” said Lois DeBacker, managing director of the Kresge Foundation’s Environment Program, which funded ND-GAIN’s pilot study assessing five U.S. cities in 2015. DeBacker said the equity analysis is a particularly important component of adaptation planning. “We’re pleased to be able to support Notre Dame’s work in this area, and thrilled to see it expand to more than 250 municipalities.”

ND-GAIN will build upon its advisory committee of leading U.S. adaptation and social equity experts to include input from city stakeholders and community groups. An online dashboard will also be generated, allowing government, corporate and nonprofit leaders to view the assessments and manipulate the data based on their preferences.

“With the majority of our world’s population residing in cities, urban areas have a unique platform to increase the resilience of our communities, states and eventually our world.” said Meghan Doherty, program director of ND-GAIN. “It is our intention that the Urban Adaptation Assessment will cause a ripple effect of identifying key climate risks and adaptation options, calling out areas of opportunity for investment and prioritizing areas in need of adaptation resources.”

The work will complement a recent report, “Climate Adaptation: The State of Practice in U.S. Communities,” funded by Kresge and authored by Abt Associates.

ND-GAIN works to provide knowledge and human resources that help governments, businesses and communities – especially the most vulnerable – adapt to the world’s changing climate. ND-GAIN is part of the Notre Dame Environmental Change Initiative.

The Kresge Foundation seeks to help communities build resilience in the face of climate change. As a foundation committed to creating opportunity for low-income people and communities, Kresge is particularly concerned about the disproportionate effect climate change has on people with limited economic resources.

Originally published by Alex Gumm at news.nd.edu on December 20, 2016.