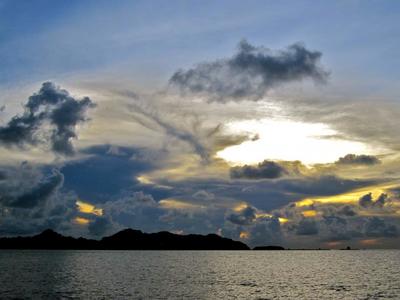 Words are confusing, often wrought with varying connotations and intangible ideas. But no matter what they’re called, floods and droughts are concrete events, which can be fought with concrete action. The New York Times article, “In America’s Heartland, Discussing Climate Change Without Saying ‘Climate Change’” by Hiroko Tabuchi depicts a world in which the mention of climate change draws contention, but the undoubtedly changing weather is commonly accepted. Farmers rely on the land, live by the weather and feel their lives changing along with it.

For many Americans climate change is just a polarizing political issue and when distant scientists advocate drastic life changes there’s no immediate reason to act. In fact, oftentimes combined with a political agenda this message feels like an attack. To communicate these issues Democrat Annie Kuether, in the Republican-controlled Kansas Statehouse focuses on the tangible part of people’s lives that are affected by climate change. Quoted in The New York Times article she says, “I’ve always felt that families have always been concerned about water — whether they’re Democratic, Republican or independent.”

Adaptation is outside of partisan lines because everyone wants to eat, drink and thrive. In conservative Kansas, fourth-generation farmer Doug Palen embraces no-till agriculture to help the soil maintain its natural structure, conserving water and standing up to heavy winds. While this farming practice improves carbon sequestration and thus benefits the environment, Palen does it because it makes sense on a practical level. As does adopting wind energy as an economically valuable export and protecting the dwindling aquifers that are essential for life in Kansas.

Midwest residents warmly recall Laura Ingalls Wilder’s stories of eating “prairie chicken mush.” The lesser prairie-chicken is threatened by drought and human activity. Farmers and environmentalists alike rally behind saving this little bird. Farmers like Palen are happy to help by leaving stubble in the fields which provides habitat for the birds while improving soil health.

Every community has it’s own version of the prairie chicken and it’s own need for a dwindling resource such as Kansas’ water. It doesn’t matter what we call it, it matters that communities embrace their own versions of no-till agriculture, adapting their own niches just because it makes practical sense.

This blog was written by Natalie Ambrosio a Research Assistant with the Notre Dame Global Adaptation Initiative.