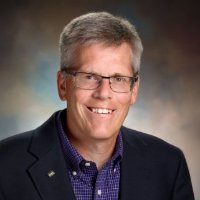 “I’m greatly honored to join Notre Dame and the ECI team,” Springer said. “The ECI’s already had remarkable success in terms of its research and policy impact at the local, state and national level. I look forward to developing a stronger narrative framework for ECI, one that will expand Notre Dame’s ability to find environmental solutions that reduce human suffering and heal damaged ecosystems.”

Springer has 27 years experience in various capacities with the W.K. Kellogg Foundation. Most recently, he held the position of Communications Manager for the $8 billion private foundation, and also served as a Project Manager and as a Senior Editor.

An award winning author, Springer’s work shares both his personal sense of wonder in the natural world and the importance of environmental stewardship.

His book “Looking for Hickories: the Forgotten Wildness of the Rural Midwest” was named a Michigan Notable book in 2009 and his articles, essays, and photos have appeared in Notre Dame Magazine, Backpacker Magazine, and Michigan Out-of-Doors. His journalism work has also been featured nationally on NPR’s Living on Earth and All Things Considered.

Springer is involved with his local conversation district in Michigan and with the Southwest Michigan Land Conservancy, having served on both of the boards for a number of years.

He earned his master’s degree in environmental journalism from Michigan State University. Springer also served in the Michigan National Guard for 21 years, retiring as a master sergeant.

“We are thrilled to welcome Tom to Notre Dame,” said Jennifer Tank, ECI director. “Tom’s significant foundation experience at Kellogg, combined with his genuine passion for the environment, will be an exciting addition to ECI.”