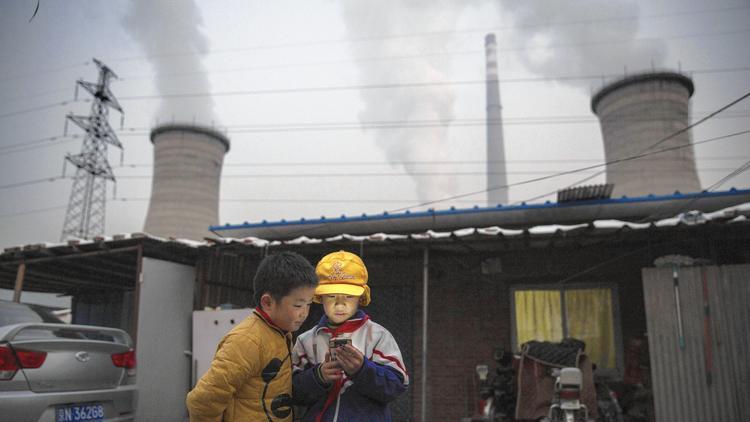 World leaders took to the stage at the climate change conference in Paris this week and declared that the future of the planet was at stake. They delivered speeches warning about the dire consequences of inaction and called on the world to unite in tackling greenhouse gas emissions.

During the conference, which began Monday and runs to Dec. 11, negotiators are expected to hone in on the core issues that still divide the nations in the hope of finding lasting political agreement. The issues tied to global warming include record high temperatures, more extreme droughts and storms, shrinking glaciers and melting ice packs, along with a push for cleaner energy sources rather than fossil fuels.

Some major sticking points are already emerging. One prominent issue surrounds carbon pricing. French President Francois Hollande hosted a high-level event on the topic during Day One of the climate talks where he declared "the goal is to gradually set a sufficiently high carbon price around the world to encourage better behavior." He was supported in this initiative by leaders from Chile, Ethiopia, Germany, Mexico and Canada, but there is no global consensus and a quick solution seems unlikely. Here we look at what carbon pricing means and why it is so important:

What is carbon pricing?

Carbon pricing is a way of imposing charges on those who emit harmful carbon dioxide, or carbon dioxide equivalents, into the atmosphere. It is being touted as a way to reduce the world's reliance on fossil fuels by encouraging polluters to cut down on the amount of greenhouse gases they produce. It is also argued that carbon pricing will encourage the development of new clean and affordable energy solutions.

A gathering of 150 world leaders are meeting in Paris this week to set targets on reducing carbon emissions in an attempt to forge a new global agreement on climate change.

How does it work?

One way to introduce carbon pricing is called cap-and-trade. A government would impose a limit on greenhouse gas emissions, known as a cap. It would then approach the principal emitters and say they must reduce their fossil fuel emissions in accordance with this limit, or face a fine. The "trade" element of the deal comes because permits to emit are issued or auctioned off by the government. These can be traded among greenhouse gas producers. Companies will determine how much it would cost to make alterations to stay within the cap and decide whether it's cheaper to make those alterations or buy additional allowances.

"If you find that it's more costly for you to take measures to stay within the cap than it would cost you to buy additional allowances from another entity that was able to operate below its cap, then you would go into this market and buy those additional allowances," said Frank Incropera, former dean of engineering at University of Notre Dame and author of "Climate Change: A Wicked Problem."

Carbon offsets are sometimes offered instead of allowances. In this instance, a carbon emitter could buy a carbon offset from a company working to reduce carbon dioxide in the atmosphere. For example, "the company would pay to have trees planted back on the land," Incropera said. "If it costs you less to reforest than it would cost you to reduce your own emissions, that would be the way you want to go."

Another way of pricing carbon, and the method Incropera favors, is to levy a carbon tax instead of putting a cap on emissions. "If you raise the price of a consumable, it's likely to reduce demand and encourage the pursuit of alternatives," he said. The simplest way to do this is to apply the tax at the source. "In the case of the carbon tax, you're not explicitly controlling total emissions but if you make that tax high enough you will indirectly bring those emissions down."

Why does it matter?

Advocates argue that the adoption of carbon pricing will provide an incentive for companies to reduce their greenhouse gas emissions and encourage the production of carbon-free technologies. Longer term, it would make a coal-fired power plant less competitive relative to wind turbines or carbon-free sources of electricity. Also, if the cost of petroleum rises, vehicles that rely on electrical power will become more competitive and desirable. The domino effect is potentially huge.

Why has it become a sticking point in these negotiations?

The big issue is how to implement this in a fair way globally. If one nation imposes carbon pricing, it could influence its competitiveness compared with other nations that are not willing to get on board. But there are signs that things are beginning to shift. It was recently announced that Canada's oil-rich Alberta province would implement a wide-ranging carbon tax and Prime Minister Justin Trudeau has talked about rolling the policy out nationwide. The European Union has also been implementing the cap-and-trade system for several years, but developing nations such as India are likely to remain staunchly against the idea as they seek to grow their economies.

Another key issue is working out what level to set the caps or carbon tax. "If you set the caps too tightly, if you reduce production too much, you could impair the economy," Incropera said. "There is a lot of lobbying going on in setting those caps."

Originally published by Christina Boyle at latimes.com on December 2, 2015