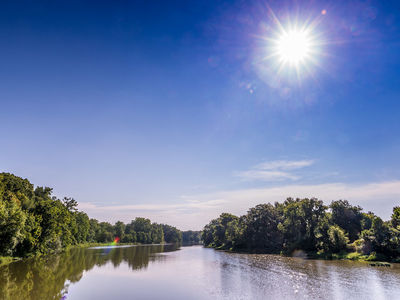 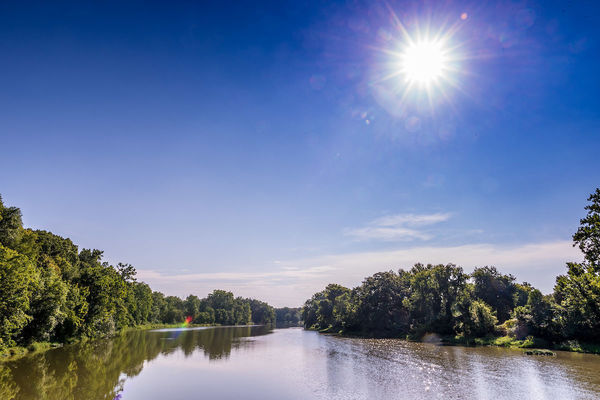 Industries such as agriculture, transportation, and recreation all benefit from the health and stability of Indiana’s freshwaters. Now a new report released by the Indiana Climate Change Impacts Assessment (IN CCIA) suggests that with warmer temperatures and increases in precipitation, effective management and conservation of the state’s freshwater ecosystems will be vital for the organisms that live within them to adapt to climate change.

“The lakes, rivers, ponds, and wetlands that make up Indiana’s freshwater habitats are home to countless plant and animal species that are critical to the health and functioning of these systems. They are also key to their ability to respond and adapt to future changes in climate,” said Jennifer Tank, Galla Professor in the Department of Biological Sciences at the University of Notre Dame and director of the Environmental Change Initiative. “Conservation and management of these systems is vital not only to protect plants and wildlife but the state’s economy as well.”

Tank is one of more than 100 researchers and experts who have contributed to the IN CCIA, a collaboration being led by the Purdue University Climate Change Research Center. The report addresses nine areas of impact to the state as a result of climate change, including agriculture, infrastructure, energy, water resources, forest and urban ecosystems, aquatic ecosystems, tourism and recreation, and health.

Among the findings in the report on aquatic ecosystems:

Additionally, scientists studying climate change in Indiana expect warmer temperatures and increases in precipitation to make for a longer growing season. Precipitation is expected to rise 6 to 8 percent by the middle of the century, and 5 to 10 percent by late century. Heavier, more frequent rains will cause an increase in runoff from agricultural fields, carrying excess nitrogen and phosphorus into nearby bodies of water, causing algal blooms and threatening the habitat for coldwater fishes like the trout species.

Scientists do not expect trends in the state’s climate to reverse course, warning that changes will only ramp up over the next century.

For more information, visit www.indianaclimate.org. The IN CCIA has released six of its nine reports so far. Details for each released report are available online.