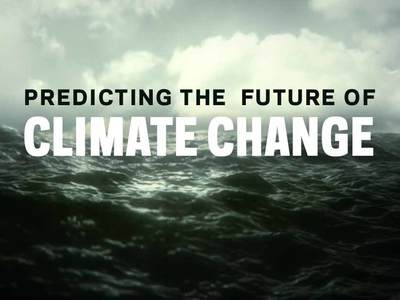 A chance meeting a decade ago in a graduate school hallway led paleoecologist Jason McLachlan to create a Jurassic Park-like wonder in Notre Dame’s greenhouse, where rows of salt marsh bulrushes have germinated from 100-year-old seeds.

McLachlan said he and a colleague were trying to figure out where they could find some dirt that contained ancient DNA, genetic traces of once-living things found in sediment samples. They ran into a friend studying changing levels of salinity in the salt marshes that run along the East Coast from New Jersey to South Carolina. The friend said he’d noticed that, occasionally, seeds in century-old sediment germinated spontaneously. He didn’t think much of it.

But the discussion sparked a light bulb moment: Why worry about ancient DNA when you can get seeds that bring the past to life so you can study a living organism?

A decade later, McLachlan and his team grow these century-old bulrushes to learn how the East Coast may respond to storms as the climate continues to change. The plants in these tidal marshes perform a key role in protecting the coast from storm erosion, so how they evolve can have a profound effect on everything from wave strength to where to build a beach home.

Across the world and on a vastly different time scale — about 7 million years — Notre Dame organic geochemist Melissa Berke joined an international team of scientists taking mud samples from below the Indian Ocean earlier this year. She studies changes in how ocean currents have affected global weather patterns since the earliest days of the human species.

Predictions for future climate change are only as good as the historical data that goes into the scientific models. Both McLachlan and Berke are gathering data and performing analysis that aims to improve those forecast models. Both dig into the earth to find organic evidence of climate change; both study the past to understand and predict the climate future.

Read the full story at nd.edu/features/digging-deep.