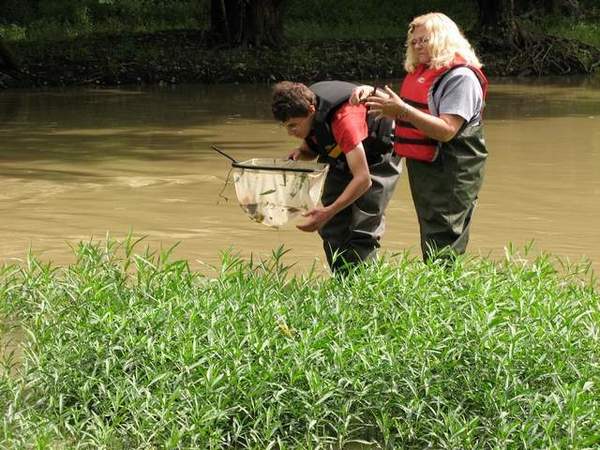 On a late August morning a day after heavy rains, the Wabash River looked the color of caramel syrup as it meandered toward Bluffton. A week later, it was back to its usual late summer tint — leaf green, from all of the algae in the water.

Just as excess nutrients in the Maumee River and its tributaries contributed to the algae problem that shut down the drinking water system in Toledo, Ohio, for two days in early August, nutrient pollution causes similar problems in the Wabash, said Stacia Henderson, Upper Wabash River Basin Commission watershed coordinator, and Neil Ainslie, a water quality consultant working with the commission on stream monitoring.

The growth, death and decomposition of algae create significant fluctuations in oxygen levels in portions of the river, creating areas nearly devoid of fish, aquatic insects and other life, Ainslie said.

“There are just a variety of algae species that exist (in the river), and, because of the excess nutrients, they just love it,” he added.

There is more at stake, too: A study conducted by the University of Notre Dame found the Wabash, which empties into the Ohio River near Evansville, contributes about 11 percent of the excess nitrogen the Mississippi River system dumps into the Gulf of Mexico. The nitrogen pollution has created a dead zone in the Gulf the size of Connecticut, reports The Nature Conservancy, which underwrote the study.

Water flows into the Wabash from a wide area of northeast Indiana and northwest Ohio, including the Little River beginning near Eagle Marsh in southwest Fort Wayne and Grand Lake St. Marys, near Celina, Ohio, about 50 miles southeast of Fort Wayne.

Grand Lake St. Marys has had problems for several years with algae blooms, including toxic blue-green algae. However, the lake water gets diluted quickly in the Wabash, so it's not a major problem, Henderson said. But sources of algae blooms there are the same as those causing problems in Lake Erie and the Wabash.

Phosphorus and nitrogen runoff from farm fields and overflow from septic systems all contribute to the Wabash being classified as an impaired waterway under the federal Clean Water Act. Most of the river also is listed as impaired for excessive amounts of E. coli bacteria, which can come from human or animal feces.

Before 1980, homeowners in the upper Wabash area could connect their septic system overflow directly to a county ditch or stream, Ainslie said. Many of those septic systems continue to send overflow into local waterways. 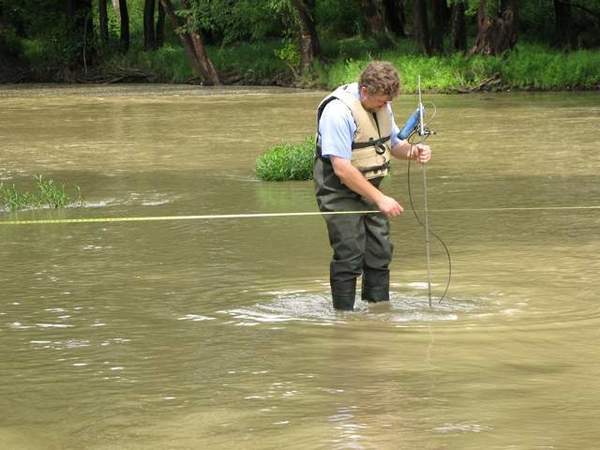 Just as with the St. Marys and Maumee rivers, much of the upper Wabash watershed meanders through flat, low land that used to be swamp. Farm fields contain a lot of drainage tiles, said Jane Frankenberger, a professor of agricultural and biological engineering at Purdue University in West Lafayette.

Based on studies that have been done, if a farmer puts nitrogen fertilizer on fields at the rate of 150 to 200 pounds per acre, 10 to 30 pounds per acre typically will move through the soil and enter the field's tile drains as nitrate, said Frankenberger, who also serves as the Purdue Cooperative Extension Service's agricultural engineer and water quality specialist.

Landowners can install water-control structures to hold back water in tile drain systems, which forces it to take a longer path to a stream and helps filter out more nutrients, Frankenberger said. Cover crops planted in the offseason also absorb nutrients in the soil and reduce surface runoff and erosion.

With phosphorus, the most effective way to control it is to put it directly into the soil, Frankenberger said. Most farmers, however, broadcast phosphorus fertilizer on top of their fields. If they use no-till planting and don't plow their soil, phosphorus on the soil surface can run off easily. 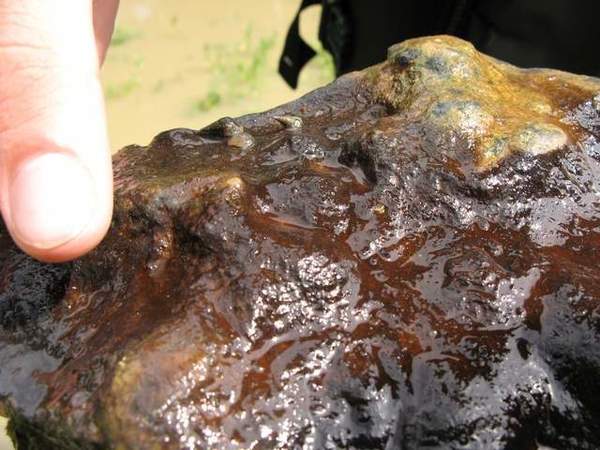 The Upper Wabash River Basin Commission began monitoring water quality in 2009 in the Wabash River upstream from Bluffton in Wells, Adams and Jay counties, Henderson said. They worked with landowners through 2012 to encourage installation of grassy filter strips and borders around fields and ditches to reduce the runoff of sediment and nutrients into the river after rain and snow melts.

While still monitoring water quality at 16 sites between the Indiana-Ohio line and Bluffton, she and Ainslie last year started monitoring 15 additional sites in the Wabash and its tributaries from Bluffton to Huntington, Henderson said. They plan to begin working with landowners there next year to reduce the amount of nutrients and E. coli entering the stream.

“I would say the majority (landowners) are open to listening,” said Ryan Noblitt, county conservationist for the Adams County Soil and Water Conservation District. “It's not a collective, 'Let's just get together and fix the problem.' ”

With their family's financial stability on the line, farmers want to make sure any changes they make in fertilizer application or farming methods won't hurt them economically, said Noblitt, who also is chairman of the Upper Wabash River Basin Commission.

In addition, livestock operations keep getting bigger and bigger, which results in more manure to spread on farm fields, Noblitt said. Manure contains a high amount of phosphorus.

It will take a long-term effort to improve the Wabash's water quality, Noblitt said.

“Once nutrients are in a river or water body, it is there a long time,” he said.

But the benefits of a cleaner Wabash include more recreational use for fishing, canoeing and kayaking, Upper Wabash River Basin team members said. Better water quality also could spur economic development along the rivers and in the Bluffton area.

“It's an aesthetic asset to the community,” Ainslie said.

Read the original article from The News-Sentinel.