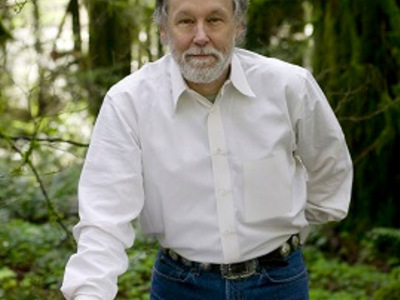 Barry Lopez’s work has taken him to more than eighty countries over the past fifty years, including some of the most inhospitable places on earth. But on March 9th, Lopez is coming home to his alma mater to discuss a topic both timely and close to his heart: the writer’s role in engaging the public on environmental issues.

Although known as a groundbreaking nature writer, Lopez has said about his work, “I’m not writing about nature. I’m writing about humanity. And if I have a subject, it is justice. And the rediscovery of the manifold ways in which our lives can be shaped by the recovery of a sense of reverence for life.”

“Barry Lopez has spent a lifetime doing breakthrough work in nature writing, but what makes him so exciting is that he does so much more than this,” said Laura Walls, Professor of English. “Yes, he does great honor to the world’s wild places, but he’s always in conversation with people and with the land, meshed in the complicated networks of diverse human-natural communities, and his writing brings us into the heart of that conversation—what he calls an ‘ethic of communal responsibility’. This strikes me as a fundamental expression of what Notre Dame aspires to be, and I’m thrilled that he is returning to his alma mater to include us in his own community of art and vision and practice.”

Lopez is the author of Arctic Dreams, for which he received the National Book Award; Of Wolves and Men, a National Book Award finalist, for which he received the John Burroughs and Christopher medals; and eight works of fiction, including Light Action in the Caribbean, Field Notes, and Resistance. His essays are collected in two books, Crossing Open Ground and About This Life. Lopez is a recipient of the Award in Literature from the American Academy of Arts and Letters, the John Hay Medal, Guggenheim, Lannan, and National Science Foundation fellowships, Pushcart Prizes in fiction and nonfiction, among many other awards.

“Barry Lopez is a founding thinker in the field of animal studies,” said Jon Coleman, Professor of History. “Lopez’s blend of science, folklore, journalism, and heart makes the book uniquely impressive and enduring. I doubt we would have seen the return of wolves in places like Yellowstone without it.”

Barry Lopez’s lecture, “The Writer and Social Responsibility,” will take place on Thursday, March 9, 2017, at 101 Jordan Hall of Science on Notre Dame. The lecture begins at 5:00 PM and will be followed by a reception and book signing. It is free and open to the public.

The lecture is co-sponsored by the Department of English, the Institute for Scholarship in the Liberal Arts, Notre Dame Research, the Creative Writing Program, ND Energy, the Minor in Sustainability, the Environmental Change Initiative, the Office of Sustainability, the William P. and Hazel B. White Foundation, the College of Arts and Letters, and the Graduate School.

Originally published by Rachel Novick at sustainabilitystudies.nd.edu on February 26, 2017.