Many American presidents of the past century have turned to the academy when the times called for rhetoric that informed and inspired as it brought the nation together. Father Hesburgh even drafted ideas for President Gerald Ford’s speech commemorating the bicentennial. So in the weeks before Election Day 2012 the editors invited a few dozen Notre Dame professors to play presidential speechwriter — without knowing the outcome of November 6. The White House has tapped you, we wrote in our appeal, to draft part of the president’s 2013 message to Congress based on your interests and expertise. In a few hundred words, what would you recommend he say? 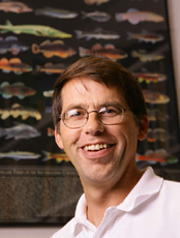 Nature provides us with bountiful natural capital like fish, timber, fruits and vegetables, and we benefit economically from bees pollinating our crops and wetlands cleaning our waters. Yet in the recent election, neither my opponent nor I highlighted how much our economy depends on this natural capital. We agreed that the earth is warming and hence it costs more to cool homes and protect coastlines from monster storms. Yet the environment remains an unnecessarily polarizing topic.

Our nation has a proud history of bipartisan success in boosting the economy through environmental protection. The Clean Water Act brought Lake Erie back from the dead and today it is one of the world’s most valuable freshwater fisheries. President Carter created the Department of Energy in pursuit of what every president has called for since: energy independence. The first President Bush amended the Clean Air Act to reduce acid rain, protecting highly valuable tourist waters stretching from Minnesota to Maine. The time has come to make the protection of our natural capital a bipartisan priority once again.

Green can be gold, but inadequate environmental stewardship has created a sea of red. Invasive species cost the U.S. economy more than $140 billion annually. So I will direct the secretaries of Agriculture and the Interior to close the nation’s doors to pathogens, weeds and other harmful species that threaten the health of our crops, forests, livestock and wildlife. Climate change is costing our nation billions more, so I will direct the Secretary of State to restart international negotiations to slow climate change, and I will ask Congress to pass legislation to help our country adapt to a warmer world. Instead of a legacy of partisan wrangling, we owe our children and grandchildren the gift of restored natural capital and a strong economy.

David Lodge is a professor of biological sciences and director of the Notre Dame Environmental Change Initiative.