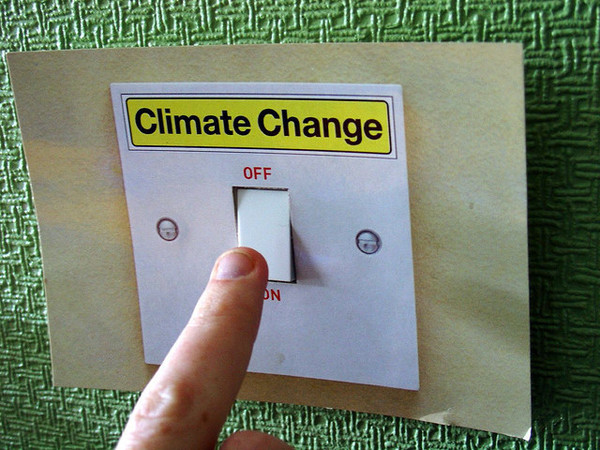 Both of these major scientific reports convey the same dire message: While many policymakers and journalists remain stuck in a misleading, distracting “is climate change happening or not?” debate, the world is already experiencing massive climate-related effects on our cities, coasts, water supply, food supply, public health, ecosystems, energy availability, and infrastructure.  There is now more information than ever about the havoc wreaked on the planet by climate change, what is in store for the future, and whether humans are prepared – or are at least making preparations—to live on our increasingly hot planet.

In most countries in the world, the answer is largely no.  Our lack of climate preparedness is especially disturbing because adaptation is the area of climate policy where policymakers and citizens of varying ideologies should find common cause with the overwhelming consensus of climate scientists.  Preparedness, after all, is not about reducing the use of coal, oil, and other greenhouse gas-emitting technologies.  It is about protecting lives and property, and not in some distant future but today.

Given the urgency of the need to adapt to climate change, research on adaptation is increasingly prominent in a vast array of scholarly disciplines including climate science, ecology, engineering, environmental law, economics, urban planning, public health, agronomy, geology, hydrology, international development, and more.  But political scientists have so far made only limited contributions.  Their absence is discouraging, because the most intractable yet crucially important questions about adaptation are not the scientific or technical ones but the political ones about how to gain acceptability and support for adaptation and how to ensure implementation.  Political scientists should be heeding this urgent call to action.

Questions that political scientists could answer are both scholarly and topical.  For example, in the United States no major bill to prepare for climate change has been able to move through a wall of Republican opposition.  While many Americans may accept this state of affairs as consistent with partisan ideology, this is really a scholarly puzzle and urgent policy matter, because there is not necessarily a “logical” Republican resistance to addressing the impacts of climate change.  In the states, several prominent Republicans have already taken climate action. Republican Governor Arnold Schwarzenegger was instrumental in California’s early initiatives to plan for climate change adaptations.  Sarah Palin was Governor of Alaska when Alaska’s Climate Change Sub-Cabinetwas formed in 2007.  New Jersey Governor Chris Christie, head of the Republican Governors’ Association, has lobbied for $3 billion to widen beaches and build protective sand dunes in anticipation of future storm surges.  When and why does partisanship stall action on climate change, and when does adaptation transcend partisanship and receive bipartisan or multipartisan attention?

There is a similar scholarly puzzle in understanding the most effective distribution of authority in addressing climate change within countries and how to achieve it.  Again, the United States provides a good example.  Outside of Washington, DC, “climate action plans” have become quite commonplace.  Many states and cities already have a climate action plan or are in the process of drafting one.  Still, the lack of federal leadership matters. Flooding rivers, drying water supplies, disease-carrying insects, and other climate-related problems often cross local jurisdictions and state boundaries.  Even when impacts like coastal erosion, crop failure, and the destruction of homes and infrastructure occur within a single jurisdiction, they can have nationwide implications.  Consider, for example, the effects of drought in California, where much of the nation’s food is grown.  Strategic management of these challenges requires national leadership, which so far has not been forthcoming.  Are there better models elsewhere in the world, and what accounts for successes and failures in national leadership and effective regional and local implementations?

Funding is another matter. Adaptation to climate change promises to be incredibly expensive, yet most scholars studying adaptation in other fields argue that it nevertheless must be done.  They provide evidence that the cost of not adapting is almost always far higher.  Remaining poorly prepared for drought, fire, flood, coastal erosion, infrastructure damage, invasions of non-native species, insect-borne diseases, and other harm to people and property is poor fiscal management that puts communities at risk.  Political scientists are uniquely positioned to study these cost comparisons through a political lens and understand how and when the negative externalities of climate change factor into budgetary decisions.

There are normative implications to getting involved in adaptation research.  Just like scholars in other fields make no secret that peace, democracy, education, and other outcomes are desirable, so too is it clear that most scholars engaged in adaptation research prefer a world better prepared for the devastating impacts of climate change (not to mention a world that is not suffering from these impacts in the first place).  They recognize that adaptation is necessary and that doing nothing to prepare for the impacts of climate change is both costly and reckless.  They agree that governments should be identifying vulnerabilities throughout their countries, coordinating national plans of action, formulating and enacting new policies, and encouraging innovation and research.

Debra Javeline is Associate Professor of Political Science, University of Notre Dame. She is affiliated with Notre Dame’s Environmental Change Initiative and is a member of the Scholars Strategy Network , email: javeline@nd.edu. This blog is based on her forthcoming article inPerspectives on Politics.