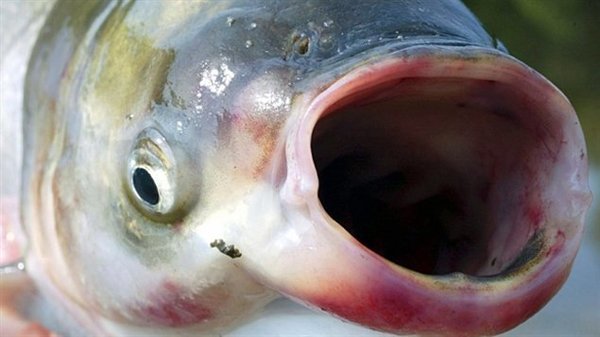 University of Notre Dame scientists have now published the first detailed investigation of just how small (or big) environmental DNA, or eDNA, particles really are, and their results provide important guidance for all eDNA monitoring programs.

Like investigators combing a crime scene for DNA traces from suspects or victims, ecologists now apply similar genetic tests to search the environment for important species. These traces of animal or plant DNA in water, soil and air are called environmental DNA. Aquatic eDNA monitoring is emerging as a powerful way to detect harmful species like invasive Asian carp and Burmese pythons or beneficial species like Chinook salmon and Idaho giant salamander. Because this tool is new, little is known about these tiny DNA-containing bits and how to best capture them from water.

Using common carp, one of the 30 worst invasive species worldwide, the researchers found eDNA in particles ranging from smaller than a mitochondrion to larger than a grain of table salt. Most of the eDNA was in particles between 1 and 10 micrometers, about the same diameter as a single strand of spider silk.

“What this means is that eDNA monitoring programs can focus on capturing particles much larger than DNA molecules — which is more affordable and time-saving than methods that target the tiniest particles,” graduate student Cameron Turner, who led the research, said.

Methods such as centrifugation, although effective, can be very inefficient and limited to small water samples. Monitoring of eDNA in large areas such as the entire Great Lakes watershed requires methods that can handle more water in less time and at lower cost.

The new study from the lab of David Lodge, Notre Dame’s Ludmilla F. and Stephen J. Galla Professor of Biological Sciences, and freely available online in the journal Methods in Ecology and Evolution, compared performance across centrifugation and filter pore sizes from 0.2 to 180 micrometers. It also provides a simple equation for calculating combinations of filter pore size and water volume to capture equivalent amounts of eDNA. The scientists used a highly specific quantitative PCR test to measure carp eDNA, but they also quantified total eDNA — the DNA from any species — and found it was most concentrated in particles smaller than 1 micrometer. Because abundant total eDNA can interfere with the detection of eDNA from a rare species, this result further recommends the use of filter pore sizes greater than 1 micrometer.

Turner and his co-authors believe that their research will help eDNA researchers and environmental managers using eDNA tools around the globe understand eDNA in the environment and select the best tools to capture it.

“Finding eDNA from rare species can be like looking for a needle in a haystack,” postdoctoral researcher Matthew Barnes, also involved with the study, said. “Our research describes the needle so we know what we’re looking for.”