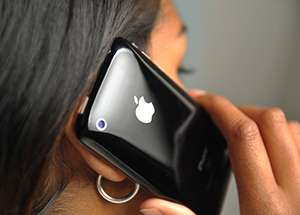 Cellphones, any parent can attest, play a central role in the lives of college students. Studies show that nearly all college students own a cellphone, and most of those students use text messaging as their main form of communication. Researchers from the University of Notre Dame used the centrality of cellphones in college students' lives to delve deep into students' usage habits and how their social networks affect their everyday lives.

Results from the recently completed three-year study, dubbed "NetSense," provide a broader understanding of how technology is embedded in students' lives as they transition from teenagers to young adults.

Notre Dame sociologists David Hachen and Omar Lizardo and computer scientists and engineers Aaron Striegel and Christian Poellabauer teamed with Sprint to provide 200 entering freshman volunteers with cellphones. The student volunteers signed waivers allowing the researchers to track their cellphone usage for two years in order to map their social networks. During the third year, Hachen, Lizardo, Striegel and Poellabauer analyzed the data on students' usage and behavior.

Some of the key research findings from NetSense:

Fresh off the three-year study of social networking habits, Hachen, Lizardo, Striegel and Poellabauer have again teamed up to conduct another, larger, technology-based study of entering college freshmen that they are calling "NetHealth." They have provided 500 freshmen with Fitbits or other wearable devices to track their physical activity and sleep patterns, while a monitoring app will map their social activity by tracking communication via phones, tablets and laptops as well as in-person interactions with other participants in the study.

The researchers also will conduct periodic surveys with the core group of students and an additional 300 to 400 first-year students in their social circles.

The study will seek to answer questions such as: Is physical activity a factor in how friendships are formed? Do social circles influence a person's health and fitness choices?

With the NetSense study completed and NetHealth underway, the researchers are hoping to conduct future studies on the impact of social networks on people's physical and emotional well-being.

Originally published by William G. Gilroy at phys.org on January 7, 2016