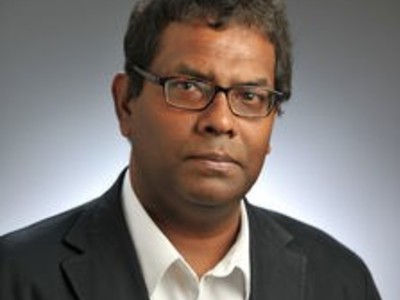 Over 1.2 billion people in the world suffer from the mosquito-borne disease lymphatic filariasis (LF). Notre Dame researchers have developed models that can be used to assess the use of treated table salt as a complementary means, in addition to mass drug administration, toward the elimination of LF.

The University of Notre Dame’s Edwin Michael, Professor, Department of Biological Sciences and member of the Eck Institute for Global Health, and his team of researchers have developed a model to assess the utility of using dyethalcarbamazine (DEC) treated salt.  Their research was recently published in Nature’s Scientific Reports, a peer-reviewed journal publishing topic areas and methods that address essential public health questions relating to infectious diseases of poverty.

The research shows that once LF infection is brought down to low levels, application of DEC salt, even at moderate population coverage levels, will be the best endgame option for eradicating LF in comparison to all currently proposed measures. The work is based on actual field community trials of DEC salt carried out across the world, including Haiti where Notre Dame has a long-standing research program. The results show that DEC salt works best in accompaniment with other measures such as insecticide treated bed nets and Mass Drug Administration (MDA) – the currently advised method by the World Health Organization (WHO). The strategy complements the annual or bi-annual drug treatment regiments that are difficult to administer especially in resource poor areas of the world. The implications of this research will change the way global elimination programs for neglected tropical diseases (NTDs), most specifically LF elimination, design endgame strategies for effectively achieving disease elimination.

“There are two points to make about the use of DEC-medicated salt in LF elimination programs,” states Michael. “First, it has been effectively used on a large scale to eliminate the disease in China. Second, our new results indicate that the implementation of DEC-medicated salt, where feasible, can play a major role in overcoming the endgame challenges presently facing LF elimination programs.”

Michael is an epidemiologist who specializes in the spread and control of infectious and neglected tropical diseases including the vector-borne diseases of malaria, dengue, onchocerciasis and lymphatic filariasis. His research focus is the development and implementation of novel analytic approaches for providing a deeper understanding of the determinants, pathways, and dynamics of disease transmission to control diseases. More information about his research and his laboratory activity can be found here: http://sites.nd.edu/michael-lab/

The University of Notre Dame has long been involved in the national program to eliminate lymphatic filariasis from Haiti. Following the 1997 World Health Assembly’s placement of LF on a short list of diseases slated for elimination, the Bill & Melinda Gates Foundation awarded its first LF grant to Father Thomas Streit, CSC, PhD, in 1999 to help a collaborative group including the Haitian government, Hôpital Sainte Croix in Leôgane, Haiti, and the US Centers for Disease Control and Prevention (CDC). At the time, Fr. Streit was with the CDC and later became a faculty member in the Department of Biological Sciences at Notre Dame. In 1993 Fr. Streit founded the Notre Dame Haiti Program to both build capacity for, and study the efficacy of, various elimination strategies for LF in Haiti. This was a continuation of the CDC’s efforts to study the transmission of the exotic parasite Wuchereria bancrofti, a filarial worm which causes LF. The steps involved in eliminating LF as a public health problem are varied and multidisciplinary; including efforts such as insecticide treated bed nets and MDA in addition to medicated salt. For Haiti, efforts have focused on the development of an infrastructure and the technical capacity to stop transmission using these methods by 2020. The effort in Haiti is part of the WHO’s Global Program to Eliminate LF.

The Eck Institute for Global Health recognizes health as a fundamental human right and endeavors to promote research, training, and service to advance health standards for all people, especially people in low-and middle-income countries, who are disproportionately impacted by preventable diseases.

The University of Notre Dame is a private research and teaching university inspired by its Catholic mission. Located in South Bend, Indiana, its researchers are advancing human understanding through research, scholarship, education, and creative endeavour in order to be a repository for knowledge and a powerful means for doing good in the world.

Originally published by Sarah Craig at globalhealth.nd.edu on August 31, 2017.