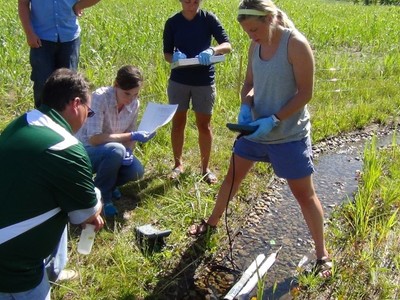 Researchers led by Rice University Professor Scott Egan have received a $1 million grant from the U.S. Department of Agriculture to detect genetically modified organisms (GMOs) in the environment.

The research team is developing a tool Egan said is the ecologist’s version of a Star Trek tricorder, according to an Oct. 10 university news release.

The device, called a light transmission spectrometer (LTS), is already able to detect signs of genetically modified DNA in water samples and the team is now refining the technology.

The device uses light, which is absorbed and fragmented by particles on the nanoscale. Nanoparticle physicists are then able to analyze how the light interacts with those particles to measure and interpret the genetic composition. 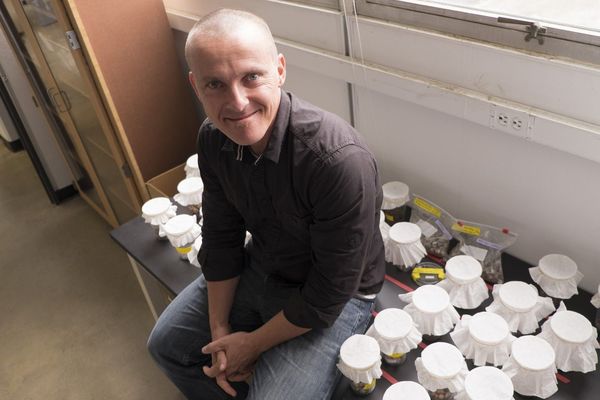 Scott Egan, an assistant professor of biosciences at Rice University, is leading a project to develop technology that will monitor and quantify genetically engineered organisms and their byproducts in the environment. ( Jeff Fitlow/Rice University)

Egan gave the example of Bt-corn: “This genetically modified corn has a gene from bacteria that kills some of the herbivorous insects that attack it.

“But then that corn and the detritus—the leaves, stems, and roots—get into the creek system. And lo and behold, a very close relative to the herbivores that attack the corn is the caddisfly, which lives within the aquatic system.”

If this GMO hurts caddisflies, it could impact the whole ecosystem, Egan said.

A 2007 study by Indiana University scientists found proteins from Bt-corn were washing into streams surrounding the farmers’ fields in Indiana. In laboratory trials, they also found that the consumption of Bt-corn byproducts increased mortality and reduced growth in caddisflies.

Todd V. Royer, who led that study, said in a news release from that time: “[Caddisflies] are a food resource for higher organisms like fish and amphibians. And, if our goal is to have healthy, functioning ecosystems, we need to protect all the parts. Water resources are something we depend on greatly.”