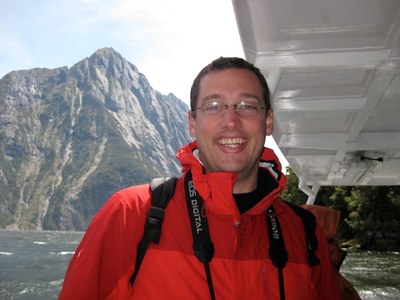 Swenson, a tree ecologist originally from the Minneapolis suburbs, will begin his work at Notre Dame in January 2021.

“This job is interesting to me, because being from the Midwest, I can go back to my roots,” Swenson said, adding that he spent most of his summers in the north woods with his family, which gave him a love of forests. “The type of forest at UNDERC is basically like the forests I grew up with in Minnesota, and they’re deep inside my heart, and why I’m motivated to do work as a biologist.”

UNDERC East boasts 7,500-acres of forest and wetland property on both sides of the state line between Wisconsin and Michigan’s Upper Peninsula. Part of the property was a gift to the University from philanthropist Martin J. Gillen in the 1930s, and Rev. Theodore Hesburgh, former University of Notre Dame president, expanded upon it. Biology researchers began visiting the property in the 1960, and the first class was held there in 1976. The University also operates UNDERC West, located on the Flathead Reservation in Montana.

Swenson’s parents, who grew up in rural Minnesota prior to moving to the Twin Cities area, wanted him to become a physician. But after his first field experience during his third year of study at St. Olaf College in Northfield, Minnesota, he knew that he wanted to become an ecologist.

“Until I had a field experience, I didn’t realize that field ecology was a science worth pursuing – you don’t just have to hike around and enjoy nature; you can actually study it, and help solve some problems for the world,” Swenson said. “So because UNDERC has a huge mission that includes undergraduate training, I can blend these things that really motivated me to be a trained biologist in the first place.”

After earning his bachelor’s degree in biology, he earned his masters from New Mexico State University in Las Cruces and his doctoral degree from the University of Arizona, Tucson.  He was a National Science Foundation postdoctoral fellow at Harvard’s Arnold Arboretum.

He was listed as a “Highly Cited Researcher” in 2018, was named a Fellow of the John Simon Guggenheim Memorial Foundation in 2014, and won the Ebbe Nielsen Prize from the Global Biodiversity Information Facility in 2012.

In addition to his role at UNDERC and his research, Swenson will teach a course on campus, likely based on plant biology.

“There are really outstanding plant ecologists on campus already,” Swenson said. “It’s another reason I was really interested in moving to Notre Dame; I knew I would have really great colleagues to be around.”

Swenson replaces Gary Lamberti, professor in the Department of Biological Sciences, who has served as UNDERC’s acting director since 2019.

“Professor Swenson brings a national network and a complementary ecological perspective to UNDERC. We are very pleased to have him join our faculty and look forward to working with him. I also want to thank Professor Lamberti for serving as the acting director for the past twelve months," said Robert Bernhard, vice president for research at Notre Dame. "Due to the pandemic, he ended up with much more responsibility than we thought when he signed on. He did an outstanding job of navigating the unpredictable impacts of the pandemic, and the Notre Dame community appreciates his leadership and commitment to UNDERC’s staff, students, and researchers.”

Originally published by Deanna Csomo McCool at science.nd.edu on September 29, 2020.