Think of it as CSI for fish.

Like the crime scene investigators on television detective shows, fisheries scientists are relying on a technique called eDNA (environmental DNA) to search the Great Lakes for evidence of Asian carp that are too sparsely spread to be captured by electrofishing, netting or poisoning. 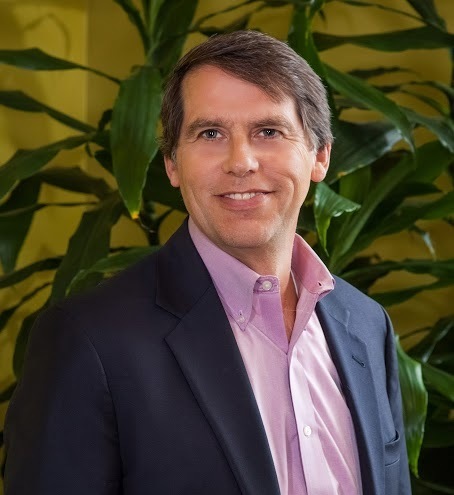 Dozens of those eDNA samples have shown the presence of Asian carp in streams that lead to the Great Lakes, as well as in western Lake Erie and parts of northern Lake Michigan.

The more familiar method of DNA testing requires taking samples directly from an organism, whether it be a kernel from an ear of corn or a cheek swab from a human. But eDNA can test the water in which a fish has left some microscopic slime from its scales or excretions from its digestive tract.

The argument is over whether eDNA samples prove that living fish are now in those lakes, or merely that Asian carp DNA somehow got into those waters through a other pathways, like a seagull’s digestive track or a carcass falling off a boat.

Lodge read a paper a few years ago by French scientists who developed a technique for testing water in lakes for evidence of an invasive species they wanted to eliminate – American bullfrogs. Lodge and his team were deeply involved in studying threats from invasive species, and he realized that eDNA could be used to detect Asian carp in Lake Michigan probably long before one was caught.

Early detection could prove crucial. When Asian carp first escaped into the Mississippi River from fish farms in Arkansas and Mississippi in the 1970s, it was several years before the first Asian carp were seen or caught in the river. By the time there were enough to be visible and captured easily it was too late to stop their spread up the Mississippi and Illinois Rivers, where within a couple of decades they formed 90 percent of the fish biomass in some areas.

Lodge’s team quickly detected Asian carp DNA in the Chicago Sanitary and Ship Canal, which connects the Mississippi and its tributaries to Lake Michigan. They soon collected Asian carp DNA samples from Lake Michigan itself, and environmentalists, tourism interests and state fisheries officials in other states began clamoring for the closure of the canal.

Those opposing closure – including barge operators, businesses that relied on the canal for shipping, the city of Chicago and the U.S. Army Corps of Engineers – first rejected Lodge’s work as fringe science. When other scientists proved the technique was valid, opponents of closing the canal attacked the premise that the DNA came from living Asian carp.

Silver carp are notorious jumpers, exploding from the water in schools whenever a boat passes near. Opponents said the DNA could have come from a carp that leapt onto a barge passing up the Des Plaines and then fell into the lake. Or maybe a seagull ate the flesh of an dead Asian carp and pooped in the lake.

Complicating matters was the commerce in live Asian carp, mostly to markets in cities with large Asian communities. Some Asians believe they gain karma, favor from heaven, if they buy two fish for dinner and let one go free. Authorities figure that’s how an Asian carp got into a fountain in downtown Toronto 20 years ago, and probably accounted for a couple of huge, adult Asian carp caught in nets in Lake Erie in the 1990s.

Trucks hauling live Asian carp also dump their water after delivering the fish to markets. That water may have been poured into a stream or ditch that led to Lake Erie’s Sandusky Bay, which has produced several positive results. But that doesn’t explain a positive eDNA test for silver carp that came from Sturgeon Bay in northwestern Lake Michigan.

Chuck Shea, manager of an electric barrier that the U.S. Army Corps of Engineers built in the Chicago River in an effort to keep Asian carp out of the Great Lakes, said he doubts the fish have reached Lake Michigan in any numbers.

He says that despite inattentive electrofishing and other techniques intended to stop the fish from entering the Great Lakes, only one Asian carp has been caught above the barrier, a 19-pound bighead captured in Lake Calumet, which is open to Lake Michigan. But at least three have been caught over two decades in Lake Erie.

Shea contends that repeated failures to find live carp in areas that produced positive eDNA are proof that the carp DNA is reaching those waters by means other than through live fish.

Lodge counters that repeated positive results from eDNA in a few relatively small areas can mean nothing else but that live Asian carp were in those areas. How many have made it into the Great Lakes is a question he said has yet to be answered.

Lodge said trying to capture fish by conventional methods like netting and electrofishing often is fruitless when the fish numbers are at very low levels.

“If a fisherman goes out and doesn’t catch any walleyes, he doesn’t go home and say that all the walleyes have disappeared from the river,” Lodge said. “The absence of Asian carp in a net doesn’t mean they aren’t in the lake.”