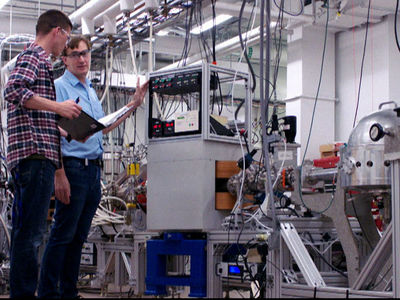 Fabric used for firefighter turnout gear tested positive for the presence of per- and polyfluorinated alkyl substances (PFAS), according to the study published in Environmental Science and Technology Letters, led by Graham Peaslee, professor of physics at the University of Notre Dame. Peaslee embarked on a more extensive study, after initial tests on gear samples showed significantly high levels of fluorine.

“When we ran our initial tests, the fluorine content was so high, there was little question as to whether or not we’d find PFAS in a larger sample of gear,” said Peaslee. “Our primary concern — as is always the case when it comes to these particular chemicals — became how much of it is coming off the gear and getting into the environment?”

Peaslee’s team tested more than 30 samples of used and unused personal protective equipment (PPE) from six specialty textile manufacturers in the United States and found them to be treated extensively with PFAS or constructed with fluoropolymers, a type of PFAS used to make textiles oil and water resistant.

“If they touch the gear, it gets on their hands, and if they go fight a fire and they put the gear on and take it off and then go eat and don’t wash hands, it could transfer hand to mouth,” said Peaslee. “And if you’re sweating and you have sweat pores, could some of these chemicals come off on the thermal layer and get into the skin? The answer is probably.” Peaslee’s study is the first to identify this potential source of PFAS exposure in firefighting PPE and argues that more studies are needed.

Known as “forever chemicals” PFAS have been found in fast food wrappers and containers, nonstick cookware, child car seats and firefighting foams. The use of PFAS-based foam fire suppressants has been linked to the contamination of drinking water systems, leading the United States Department of Defense to switch to an environmentally safer alternative foam before 2023. In a previous study, co-authored by Peaslee, researchers found the chemicals accumulate in the body after entering the bloodstream, and PFAS have been linked to four of the top eight cancers which have been found more commonly in firefighters including testicular cancer, mesothelioma, non-Hodgkin’s lymphoma and prostate cancer.

The study also presented evidence of the potential hazard of these chemicals in PPE in two other ways. Dust samples taken from a PPE distribution facility in one fire district also tested positive for fluorine, consistent with the ability of these chemicals to shed off the gear onto other surfaces. The team also observed fluorine transfer from the outer shell onto gloved hands upon handling, proving that this could be an exposure source from PFAS to firefighters.

“Further work needs to be done to assess the extent of this risk to firefighters,” said Peaslee, an affiliated member of the Eck Institute for Global Health and the Environmental Change Initiative. “But until this risk is estimated, operational steps can be taken to minimize occupational exposure to these PFAS while still using the PPE to keep the firefighters safe on the job.” Peaslee suggests that the long-term solution would be to find a healthier alternative to PFAS which can provide equivalent water resistance to the gear.

This is just the latest study in a building collection of literature highlighting the danger and persistence of PFAS in contamination of the environment and threat to public health.

Research was funded in part by the National Science Foundation and the Last Call Foundation.

Read more about Peaslee’s research on the presence of PFAS in turnout gear at: www.fightingfor.nd.edu/2019/fighting-to-protect-the-brave/.

Originally published by Jessica Sieff at news.nd.edu on June 23, 2020.