The Global Adaptation Index (GAIN)—the world’s leading Index showing which countries are best prepared to deal with the droughts, super-storms and other natural disasters that climate change can cause—is moving to the University of Notre Dame. GAIN, which ranks countries annually based on how vulnerable they are to climate change and how prepared they are to adapt, was formerly housed in the Global Adaptation Institute, a Washington, D.C.-based nonprofit.

GAIN is being given to the University by the Global Adaptation Institute with full support of its primary founding sponsor, NGP Energy Capital Management, a $13-billion investment fund based outside Dallas. To help draw attention to the importance of climate change adaptation, the chairman of the Global Adaptation Institute, and NGP’s CEO and founder, Ken Hersh said, “the era of climate change denial is over, the world is getting warmer, and numerous countries are not ready for the chaos that climate change will bring.” The gift includes a $2-million donation from the Natural Gas Partners Foundation.

“GAIN highlights those countries that urgently need help adapting to a warmer world,” Hersh said. “We are thrilled about our new partnership with Notre Dame and its ability to help us take GAIN to the next level.”

Notre Dame researchers will make GAIN more detailed by ranking the vulnerability of states within selected countries—as well as continuing to rank the countries themselves—making GAIN an even more important tool for disaster planning, infrastructure development and ecosystem management around the world.

“At Notre Dame, we want to be the researchers who help solve climate adaptation problems, rather than fiddling while people suffer,” says Professor David Lodge, director of the Notre Dame Environmental Change Initiative (ND-ECI), where GAIN will be housed. “In just two years, GAIN has captured the attention of multinational corporations, NGOs and government agencies—including those concerned with intelligence and security—and we will continue to get GAIN into the hands of those who can make a difference.” 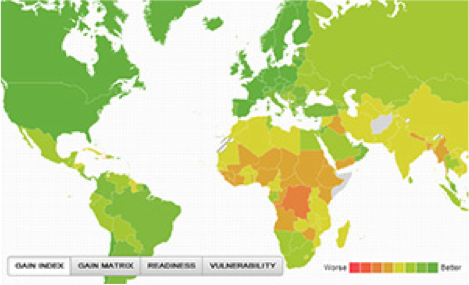 Recent climate statistics speak for themselves. In the United States, the ten warmest years on record have all occurred since 1995. More than 34,000 high temperature records were broken last year alone. Similar issues have arisen overseas, from record-breaking heat waves in Australia, to dramatic sea ice losses in the Arctic.

Under the United Nations-led climate talks, billions of dollars have been pledged to help the world adapt to climate change. But key questions remain on where that money should be spent. GAIN is designed to help governments, NGOs and the private sector better target those and other investments. “When I worked at the World Bank, I was responsible for more than 100 countries. Adaptation is an urgent issue in the developing world, and people are fed up with politicians who care more about the next election than the next generation,” said Juan José Daboub, GAIN’s founding CEO, who was managing director of the Bank from 2006-10 and currently serves as chair of the World Economic Forum’s Council on Climate Change.

“Adaptation is a way to rapidly build consensus, take effective action, and produce immediate benefits, including life-saving benefits. Notre Dame is the best school to take GAIN closer to the people in need because of the University’s track record of putting the human being in the center of their actions.”

“Adaptation is one of the greatest challenges of our time,” Hellmann said. “By combining the intellectual resources of GAIN with Notre Dame’s leading research capacity in adaptation, we can help decision-makers prepare for the challenges ahead.” 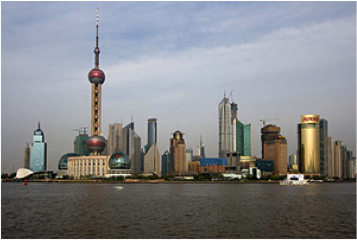 “This story is all about data—translating big data into real solutions that have real societal and global impact,” Chawla said. “And Notre Dame has a long and successful track record of translating big data into action on behalf of the private sector and government agencies alike—data and network science for the common good. Now we look forward to doing just that with ND-GAIN.”

GAIN, which will now be called “ND-GAIN,” will continue to be an open-source tool that analyzes a number of sectors to make its calculations, including water, infrastructure, coastal protection, agriculture and energy.

ND-GAIN also will award annual prizes to results-oriented demonstration projects during an ND-GAIN annual meeting. Winners will be selected on criteria such as effectiveness, scalability, impact, marketability and relevance to the ND-GAIN Index. The awards are designed to spark sustainable change and present innovative solutions to adaptation challenges around the world.