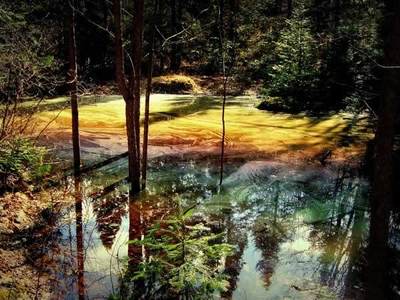 This essay was originally published in Nature

In recent weeks, we have learned that Pope Francis enticed Cuban President Raúl Castro to consider a return to Catholicism, and has ended a dispute involving US nuns that will allow them to return to serving the poor free from the suspicion of heresy.
Perhaps most surprisingly, at least to this Protestant ecologist embedded for 30 years in a Roman Catholic university, the Pope has suggested that humans should not breed “like rabbits”, despite his church’s continued prohibition of birth control.
Pope Francis is clearly a man on a mission to shake things up. Could the world’s leading Catholic help to bridge the divide between science and the Protestant views that dominate the religious ‘anti-science’ movement? I think that he could.
In his recent encyclical on humans and the environment, Pope Francis described environmental degradation with great scientific accuracy, and he linked it to economic exploitation and the plight of the poor. This is a challenge to many conservative Protestants who believe that humans, because they are made in God’s image, have a divine right to exploit the natural world.
The Pope’s argument is a powerful one, and addresses those with power, especially in the United States. The views of notorious climate-sceptic Senator James Inhofe (Republican, Oklahoma) on the threat of global warming, for example, are underpinned by his strong Protestant conviction that God created natural resources for humans, and that we are arrogant in thinking that we can affect God’s plan for the Earth. By contrast, many environmentalists argue that humankind should protect nature for its intrinsic value, with little apparent regard for the importance of its use for human welfare.
By framing protection of the environment as protecting human welfare, the Pope has linked the interests of groups that are often at odds. He offers some middle ground on which both sides of this polarized debate can meet and work towards a mutually desirable future.
Such a compromise between the extremes of the religious and environmentalist positions could also help to defuse other sources of tension between faith and science. To many people, the two cannot be reconciled — so much so that when I tell people I am a biologist, believe in evolution and work on environmental issues, I am often told that I cannot be a Christian. Sadly, this is the message in many conservative Protestant churches: choose between science and faith.
The same polarization is urged by many prominent popularizers of science and the ‘New Atheists’ — with Richard Dawkins as their figurehead. Is it so surprising, then, that in the United States especially, atheism is over-represented among scientists, and that science–faith polarization is increasingly reflected in political and cultural discourse?
“Is it so surprising that, in the United States especially, atheism is over-represented among scientists?”
For example, nothing in the official teaching of Catholicism opposes evolution. Creationism is a recent Protestant invention, based on extreme, literal interpretations of the first three chapters of the Bible’s book of Genesis. Catholicism relies more on an interpretation of the scriptures that is rooted in a tradition of reason informing faith. Yet when I ask my biology undergraduates whether they feel a conflict between their faith and evolution, about half of every class — 85% of whom are Catholic — say yes.
The students respond in this way because evolution, alongside issues such as climate change, stem cells, abortion and gay marriage, has been conscripted into the culture wars, with science increasingly suffering collateral damage. And as the culture wars have forced people to choose sides, respect for science is now divided along political lines too, with huge influence on policy.
US environmental-protection policies, which began as bipartisan efforts to protect human and environmental health, have become destructively partisan. It was the Republican president Richard Nixon who in 1972 signed the Clean Water Act that brought Lake Erie back from the dead, restoring one of the most economically valuable freshwater fisheries in the world. Nowadays, efforts to improve water and air quality are too often supported by Democrats and opposed by Republicans — on the grounds that environmental protection harms human welfare, and that because the world is temporary, long-term protection is unnecessary. They dismiss scientists, who increasingly quantify the great extent to which environmental protection benefits humans, as just another special-interest group.
As a Protestant scientist, I am distressed to see my faith twisted into support for such short-sighted extremism. Martin Luther, the great Protestant reformer, once said: “Even if I knew that tomorrow the world would go to pieces, I would still plant my apple tree.” Like Pope Francis, he understood the importance of loving and tending the gift of creation.
If Pope Francis can persuade the communist Raúl Castro to reconsider Catholicism, I can hope that the Pope’s respect for the scientific consensus on climate change will foster a more constructive dialogue between the communities of science, faith and policymakers. His recognition that the economy and the environment are inextricably linked, especially for the desperately poor, builds on a foundation that is older and deeper than the recent US culture wars.
Nature 523, 503 (30 July 2015)