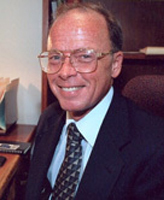 Several years ago, Notre Dame biologist David Lodge approached Department of Economics Chair Richard Jensen about the possibility of one day working together in an area of particular interest to Lodge: invasive species.

The pair ultimately obtained a five-year, $2.5 million grant from the National Oceanic and Atmospheric Administration (NOAA) and are now serving as co-principal investigators, along with Lindsay Chadderton of The Nature Conservancy, on a project titled “Forecasting Spread and Bioeconomic Impacts of Aquatic Invasive Species from Multiple Pathways to Improve Management and Policy in the Great Lakes.”

Lodge and Jensen, the Gilbert F. Schaefer Professor of Economics, lead a 30-person research team (including nine members from Notre Dame) that represents eight universities as well as organizations like The Nature Conservancy and the U.S. Forest Service. The project is part of the Notre Dame Environmental Change Initiative.

“Together with our economist collaborators,” Lodge says, “we are leading the way in developing the capacity to forecast invasions—and quantify the interaction between invasions and the economic forces that drive and respond to invasions.” 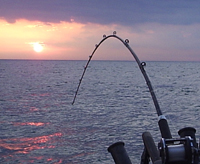 A collaboration between the College of Science and the College of Arts and Letters, the research project focuses on seven species that either have already invaded the Great Lakes or are threatening to do so, including giant Asian carp. It is a subject that has received a great deal of attention in recent years—from the media, government, and the public.

“One concern is that this invasion would ruin the commercial fishing industries in parts of the Great Lakes, especially in Lake Erie,” Jensen says, explaining that the carp could reduce the populations of yellow perch and walleye by, in effect, stealing their food. This shift would then presumably have a ripple effect throughout the Great Lakes biofood web.

For example, he says, potential decreases in the populations of sport fish such as coho salmon, walleye, and lake trout would lead to a decrease in income and jobs in the region’s recreational fishing industry as well.

“This is more important than you might think,” Jensen says. “In fact, recreational fishing generates far more income and jobs than commercial fishing on the U.S. side of the Great Lakes—on the order of $100 million versus $10 million annually.”

Led by Lodge, the biologists on the team have been working to predict what changes will occur in the populations of the various native and invasive species in the Great Lakes over the coming years.

“Given these estimates,” Jensen says, “the economists can use a model of the regional economy to estimate the economic impact of a biological invasion, as well as the costs and benefits of alternative management strategies that can be used to prevent an invasion, slow its spread, or mitigate its effects.” 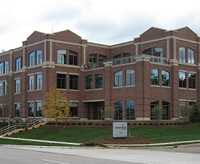 While his work with Lodge is a relatively new collaboration, Jensen is most well known for his three decades of research on the economics of innovation—specifically the factors that influence how long it takes for an invention to achieve practical application.

For the last 15 years, he has been largely focused on exploring technology that is developed in university settings.

The study of university-fostered innovation led Jensen to what he considers his most important research contribution: a 2001 article co-authored with Marie Thursby titled “Proofs and Prototypes for Sale: The Licensing of University Inventions.”

This research, Jensen reports, demonstrated that scientific prestige alone is not the only motivator for innovation in an academic setting; financial rewards can make a measurable difference in outcomes as well.

“By giving the university and faculty inventor a monetary incentive to assist in developing a university invention for practical application,” he explains, “the Bayh-Dole Act substantially accelerated university technology transfer.”

Published in American Economic Review, the flagship journal in economics, the article is among the top 1 percent of those cited in both the “social sciences” and “business and economics” indexes maintained by Thomson Reuters (ISI) Web of Knowledge.

This area of research continues to be a prime focus for Jensen, who is in the midst of a new project on university technology transfer. “I am interested in determining those faculty and university characteristics that are most strongly correlated with the number of startup firms arising from university research, and in estimating the extent to which university-based startups can promote local and regional economic development,” he says.