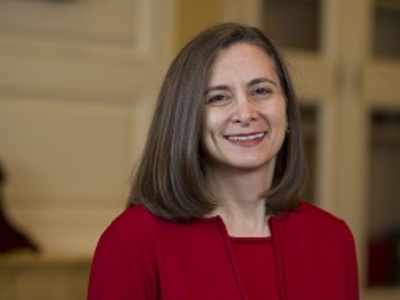 Dr. Debra Javeline, associate professor in Political Science and affiliated faculty member of Notre Dame Environmental Change Initiative (ND-ECI), applies her knowledge to the “responses of ordinary people to hardship.” She spoke about her perspective in this Q&A session with ND-ECI.

Q: The southern U.S. and Caribbean recently suffered through a brutal hurricane season. Given your ongoing research around "Coastal Home Ownership in a Changing Climate," did the severity of this year's storms raise any new questions or insights?

A: These events, as awful as they were, raised no new questions or insights.  The science is clear about climate change and has been for some time: The temperature is increasing, and the increased frequency and intensity of extreme weather events is one of many negative effects.  The engineering is also clear: Scholar-humanitarians like my coauthor, Tracy Kijewski-Correa, can tell you which locations are highly vulnerable and which structures are highly vulnerable, and they can tell you what homeowners ought to be doing to reduce that vulnerability.  There is no great mystery.  There is just a lack of will to act, in some cases, and a lack of funding and opportunity, in devastating cases like Puerto Rico, Haiti, and other Caribbean islands.  We hope our research will offer insights into how to motivate action and encourage people to protect themselves and their property.

A: In both fields, I study the responses of ordinary people to hardship.  In Russia, those hardships have included the unpaid wage crisis in the late 1990s, the Moscow theater hostage taking in 2002, and the Beslan school hostage taking in 2004, and I investigate why some victims of these injustices or atrocities are motivated to engage in political action, whether it be political protest or litigation against government.  In the case of climate impacts, the hardships sometimes seem more remote, such as the loss of biodiversity and glaciers, but many hardships are increasingly quite proximate, such as the loss of life and property from hurricanes, and I investigate why some people are motivated to take proactive measures to protect themselves.  So there is a political psychology dimension to both research agendas.  Anger and blame feature prominently in my analysis of protest behavior.  It is an open question about the motivators of homeowner behavior and one that we hope will be addressed by our research.

A: I think we are seeing evidence of change, but slowly, in small numbers, and in limited places. We hosted a workshop here at Notre Dame in the spring of 2017 on “Adapting to Climate Change: Actions, Implementations, and Outcomes,” with the sponsorship of  ECI, the Keough School of Global Affairs, the Institute for Scholarship in the Liberal Arts, and several other units at Notre Dame,  and we had many political scientists among the 130+ applicants and the selected participants.  From that workshop, we are in the midst of preparing a special issue for the highly ranked journal, Climatic Change, on adapting to the water impacts of climate change.  There is also a forthcoming edited volume, Research Handbook on Climate Change Adaptation Policy, to which I have contributed a chapter with former ECI undergraduate and current Michigan State PhD student, Sophia Chau, and many other political scientists –mostly from outside the United States—have also contributed chapters.  So there is definitely movement in the right direction.

However, top disciplinary journals in political science still seem to have limited coverage of climate change adaptation, and few top political science scholars at top institutions are conducting cutting edge research on the topic and admitting graduate students to study with them on climate change. We do have many talented non-mainstream political scientists working in policy schools or environmental departments, and younger political scientists at the graduate and junior faculty levels seem to be interested in advancing this research agenda.  So on the one hand, it may be too little too late, but on the other hand, I still believe that the discipline of political science has much to offer and will fill important knowledge gaps if we continue to build this community.

Q: Are there any new research interests or projects on the horizon that you're excited about?

Kijewski-Correa and I submitted an article for the above-mentioned Climatic Change special issue that I think is very exciting.  We offer a measurement strategy for determining the protection level of coastal homeowners, as well as their levels of action and intention to take action to reduce their homes’ vulnerability.  We have new data from the ECI-funded Coastal Homeowner Survey Pilot Study of 662 homeowners in New Hanover County, North Carolina, one of the country’s most exposed to hurricanes, and going forward, we are investigating what motivates homeowners to take anticipatory action that will protect their lives and property.  We will investigate the role of partisanship, religiosity, attitudes toward climate change, insurance expectations, socioeconomic variables, and other factors in homeowner risk reduction.  We are also joining forces with Notre Dame anthropologist Karen Richman to do a similar survey in Haiti, where homeowners are exposed to both earthquakes and hurricanes.  Although our research sites differ dramatically in terms of economic development, politics, culture, and residential construction, both have high exposure to devastating hazards, and homeowners in both locales are vulnerable but make varying decisions about whether to reduce their vulnerability.  It is this variation that we hope to understand and that links the research agendas of the two studies.