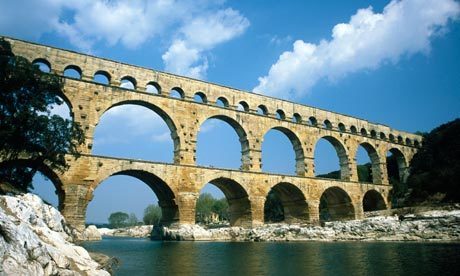 Traditionally, the most important factors in choosing a location for a new factory or operation have always been workforce supply and economic incentives. But a new consideration, climate change, is quickly moving up the ranks as a major factor for corporate decision-makers. Recently, as climate-related crises have hit cities across the globe, it's become increasingly clear that companies need to consider the financial impact of a paucity – or an excess – of water.

Operational, strategic and quality-of-life issues factor heavily in the decisions that giant enterprises make about where to locate their much sought after capital projects. As the devastating environmental conditions associated with climate change – including water shortages, severe storms, natural disasters, rising seas and hotter climates – become more pressing, it's clear that these, too, will become key considerations for companies hoping to press their competitive advantages.

As a result, these decisions will begin to dramatically affect both traditional and emerging business, transportation, manufacturing and travel hubs. And as with anything else involving corporations, real estate, jobs and money, there will definitely be winners and losers.

In the wake of natural disasters, which appear to be getting increasingly severe, a "new normal" has emerged among corporate decision-makers. With some analysts citing the impact of the mutable climate, more companies are adding a climate-change dimension to their strategic supply-chain planning and site selection. Adaptive management of climate risks is playing a growing role in boardrooms and C-suites across the globe, particularly at multinationals.

For New Orleans-based energy company Entergy, 2005's Hurricane Katrina was a lesson in the potential supply disruptions that could be caused by increasingly extreme weather events. Since then, Entergy has begun incorporating climate risks into its business planning and operating activities; consequently, it has strengthened its power-distribution network, including the sites that are most vulnerable.

Companies often underestimate the importance of water to their business, and few have a comprehensive global process to assess water risk. But this is quickly changing, notably in the west and southwest regions of the US, as drought sinks critical water supplies. Companies in the food and beverage, mining and oil and gas companies sectors especially base their site assessments on high-level projections of water scarcity.

In 2013, the Aqueduct Project, a hydrological mapping initiative at the World Resources Institute, ranked 36 countries based on their water risk. Sixteen, including the UAE, Barbados, Cyprus, Jamaica and Singapore, received a 5.0, the worst possible rating.

But if drought is a consideration, so is flooding, and too much water can also affect site selection. After Thailand's extensive flooding in 2011, losses for badly damaged global parts suppliers alone totaled an estimated $15-20bn, and the flood hurt the bottom line of several multinationals, including Ford, Toyota, Dell, Cisco and Honda. HP, another company that was especially hard-hit, estimated that half of its 7% fourth-quarter 2011 revenue slide was due to the flooding. Not surprisingly, global companies are increasingly assessing the issue of monsoons and other water-related weather events when making decisions about where to locate or enlarge their facilities.

As for the US, it won't be long before severe water-supply problems in states like California and Arizona will begin to affect their popularity as site locations for plants. And look for other states as well as cities with plentiful supplies, such as those surrounding the Great Lakes, to woo businesses with water as their big asset. Already, Milwaukee is leveraging the business potential of its plentiful water supply. It's certainly not alone.

Water isn't the only climate issue that is increasingly affecting site selection. Too much heat is also becoming a factor as it becomes clear that fiery temperatures and air pollution can have a major, devastating effect on workplaces and workforces. Air-conditioning alone can't make up for such conditions.

A team of climate-change researchers recently studied 170m hospital admissions and eight million deaths in Germany. After tracking them season by season, day by day, for 10 years, they found that the temperature-and-pollution spikes associated with extreme heat events tended to increase hospital admissions and deaths by 2% to 5% the first day. Adverse health effects and mortality mounted with each day of a heat wave.

Interestingly, the analysis found that extreme cold events typically had a negligible to nonexistent impact on hospitalization and deaths.
Distributed across the population of a country such as Germany or the US, the analysis estimates that the cost of a hot day is between 10 cents and 68 cents per resident in terms of health care and lost productivity.

So, when it comes to site selection and climate, which countries top the list? The Notre Dame Global Adaptation Index (ND-GAIN), where I work, has ranked the climate adaptation performance of 177 countries over the last 17 years, has found that, while the top-ranked countries are often prone to sea level rise, drought and flooding, they are nonetheless able to maintain the security of their water, food, and health systems. They are able to preserve their fundamental ecosystems, and their coastal, energy and transportation infrastructures remain sound, enabling greater social, economic and governmental stability.

The ND-GAIN's highest-ranked country is Denmark, which has an index score of 83.4. Other European countries and Australia round out the top 10, while the US ranks 13th, with a score of 79.

North Korea is the lowest-ranked country, with an index of 34.3, and Afghanistan, Burundi, the Central African Republic and Eritrea fill out the bottom five on the list of countries that aren't likely to draw many foreign industrial and business operations any time soon.

The most surprising low-ranked countries are India, which is number 120, and China, which is number 98. But as two of the hottest spots for global business in the last decade, both demonstrate the impact that corporate investment can have on resiliency. India has moved up 10 points on the relative ranking since 1999, and China has moved between three and six spots during that period.

In real-estate parlance, the desirability of a property is based on location, location, location. And while climate change may still rank below such factors as workforce and incentives, more and more organizations are weighing climate conditions as they determine where they will locate new operations.

Consequently, cities, states and countries that lag on the climate-change index need to launch initiatives, such as public-private partnerships, to strengthen their attractiveness. The private sector, of course, can play an invaluable role in this effort.

Joyce Coffee is managing director of the Notre Dame Global Adaptation Index (ND-Gain) and is the executive lead for related resiliency research, outreach and execution