Lionfish sushi is delicious. Roasted burdock, not so much. John Mirabella

My quest to understand invasivorism began with a plate of lionfish tacos in Manhattan’s Lower East Side. The dish is a staple on the menu at Norman’s Cay, a small, Caribbean-themed restaurant whose presence in New York City felt as out of place as the dish in front of me. But I’d left my hesitations with the antique life preserver by the door. The light whitefish tasted flaky and delicious, akin to snapper or flounder. In a matter of minutes, I was eating the second taco.

Norman’s Cay is currently the only American restaurant north of South Carolina serving lionfish, but that’s likely to change soon, thanks to a fast-spreading trend seeking to use our appetites as a way to control the vast numbers of plants and animals colonizing new habitats and destroying native species. Yet as the second lionfish taco quickly disappeared from my plate, I couldn’t help but wonder: Can we really take down invasives with knives and forks? If more of us eat lionfish, wild boar tenderloin, Asian carp fritters, or garlic mustard pesto, will it make a difference?

Experts are skeptical, pointing out that once a foreign species has entrenched itself in a new place—such as the Indo-Pacific lionfish that has now virtually taken over the waters of the Western Atlantic, Caribbean and Gulf of Mexico—eradication is almost impossible. Critics argue that encouraging consumption might have the unintended effect of spreading harmful species even more widely.

But the invasivores are undeterred, noting that their campaign is not only selling books and changing restaurant menus; it’s also spreading awareness of a crippling environmental problem that is rapidly homogenizing the world’s ecosystems and costing over $130 billion a year in the United States alone.

“This is one fun outreach way of letting people know about invasives and allowing them to actually have a good meal out of it,” says Joe Roman, a conservation biologist at the University of Vermont’s Gund Institute for Ecological Economics who has written about the idea for years and started the website Eat the Invaders in 2012. But, he adds, “If people think we’re in good shape now—we don’t have to worry about invaders, we’ll just eat them all—that’s not the right answer. It’s not as straightforward as that.” 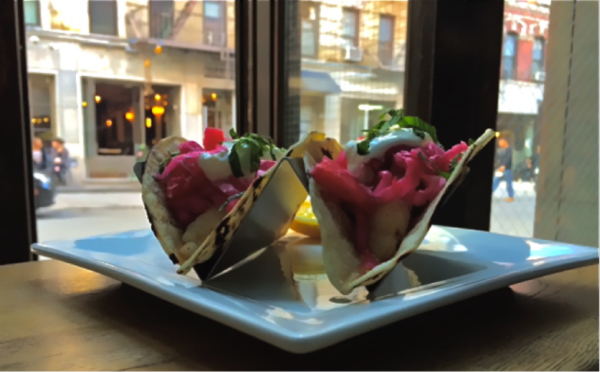 The invasive species problem is staggering in scale. There are more than 30,000 such species in the United States, with more being introduced (either intentionally or unintentionally) every year, according to the US Department of Agriculture’s  research service. An invasive differs from a non-native plant or animal because it spreads quickly—causing environmental, economic, or health hazards. “Invasives are one of the top drivers of biodiversity loss, and there’s plenty of recorded extinctions because of them,” said Roman. “Everything from your security to your local species is affected when invaders come in.”

+
Unlike traditional control efforts that involve pesticides, habitat manipulation, or introducing new predators, invasivorism is a decentralized movement of scientists, citizens, and chefs hoping to raise awareness and exploit our most basic human need—calories—for combat. And while invasivores acknowledge that the problem is far too big for eating to be the solution, they say it can at least help things from getting worse. “We know that once an invasive species exists, it’s so hard to get the population to zero, and if we can’t get the population to zero, we have to consider a situation where we have continuous efforts to keep the population low,” saidAndy Deines, a fisheries ecologist at Michigan State University.
+

A solution for our times

The idea is still relatively new. James Gorman, a New York Times journalist, first popularized the term invasivore in 2010, forecasting that a movement was on the horizon. His article identified an early pioneer—locavore hunter Jackson Landers, who was making his way across the country hunting and eating invasives for his book, Eating Aliens. “I looked around and said, ‘hey I’m really good at hunting and killing stuff and writing and teaching, if I focus all this on invasive species there’s a potential here to do some real good’,” Landers explained.

At the same time, curious scientists, who regularly ate the organisms they studied, were chewing on a similar idea. “We were sitting around one night during graduate school eating someone’s study organisms—rusty crayfish—and realized there’s a lot of edible invasive species and we could help bring attention to their impacts,” said Deines, who co-founded Invasivore.org in 2011.

In just the past few years, the growing popularity of foraging, increased interest in sustainability, and an explosion of foodies who want to try new things have all perfectly aligned to boost invasivorism. The Reef Environmental Education Foundation’s lionfish derbies, offering cash for capture, have seen almost double the number of lionfish caught since they began in 2009. Lad Akins, director of special projects for the organization, co-authored the Lionfish Cookbook in 2010—providing plenty of recipes for the derbies’ success as well as background information about the invasion. Roman, the conservation biologist in Vermont,has spoken about invasivorism on Vermont Public Radio and regularly gives talks around the country.

Award-winning chef Bun Lai of Miya’s Sushi in New Haven, Connecticut, often accompanies Roman. Lai, like Randy Evans of the Haven Restaurant in Houston, Texas, is just one of dozens of chefs putting invasive species on their menus. Brian Barber, sous-chef at Fleet Landing Restaurant in Charleston, South Carolina, recently promoted invasivorism on local news, and John Mirabella, owner of Castaway Waterfront in Marathon, Florida, lets customers know he personally dives for their sustainable dinner; he sells out of the lionfish sushi roll almost every night. “Getting the restaurants involved is really the key,” Roman said. “Now, with their support, we’re finally seeing this movement push through.” 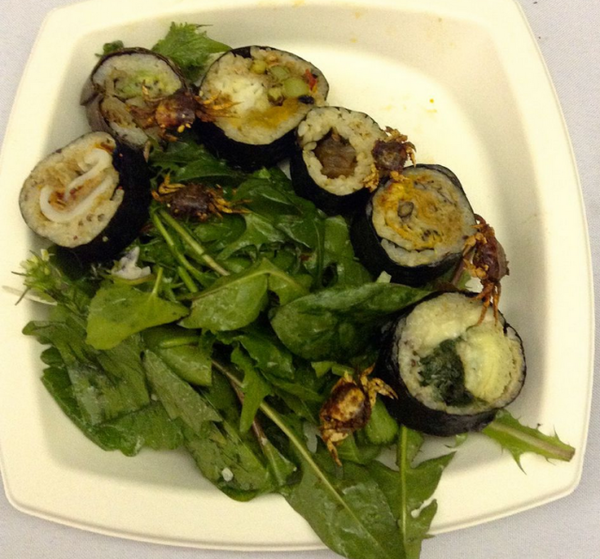 The risks of over-eating

It’s too soon to know whether the growth of invasivorism is having an impact on the invaders, said Matthew Barnes, an invasive species ecologist and one the Invasivore.org co-founders. “I’m not familiar with any data that has shown the effectiveness of eating invasives,” he said—though some preliminary reports suggest it may be helping with the lionfish invasion in Jamaica. Barnes also noted that humans have had no trouble eating other species into or close to extinction. Added Landers, “Look at other fish stocks. Look at what we’ve done to tuna, to what we now call Chilean sea bass. There’s no question that targeting something for food will greatly reduce the number of that thing.”

Some critics, however, warn that promoting a market for invasives may lead to more harm than good, by encouraging the cultivation of destructive species for food. “I think that this idea has more cons than pros. Not only is it very unlikely to work, since these are invasives and they just grow and reproduce super-fast, but in the unlikely scenario where this does work, this may trigger people to maintain an invasive population or introduce the species in other areas to get economic benefits,” said Martin Nuñez, an ecologist at the Institute for Investigations in Biodiversity and the Environment in Argentina, and lead author of a commentary in the journal Conservation Letters weighing the issue.

The invasivores acknowledge the risk. They say they make it very clear that enthusiasts should not cultivate invasives, only collect them in the wild. “This is something we wrestled with since the very creation of the site,” Barnes said. “We try to tell people to go out and harvest invasive species but do so always keeping in mind that we’re harvesting them for the purpose of getting rid of them. If that connection between the invasiveness of the organism and the act of eating it is broken, that’s a real recipe for disaster.”

Taste is another issue. Not every invasive species is tasty and cheap enough to be as popular with diners as lionfish, Asian carp, or snakehead fish. Acquiring enough of an invasive species like armadillo or kudzu—no matter how delicious—is not likely to make a significant dent in their populations. And even culinary geniuses will be hard pressed to convince us to take revenge on fibrous burdock. At the New York City restaurant Souen, the invasive plant from Eurasia tasted like a rotten baked carrot and had the consistency of what I can only describe as cooked celery. Some things are best left to the pesticides.