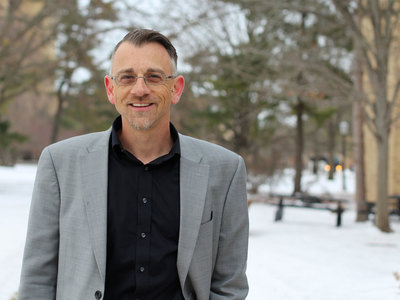 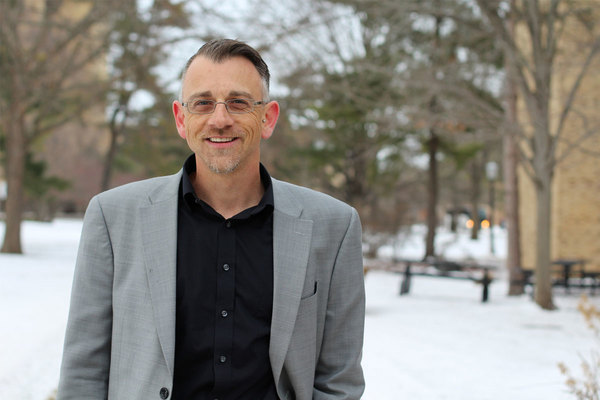 These include food shortages. Energy shortages. Even “shortages” of amphibians because of disease. Rohr, the Ludmilla F., Stephen J., and Robert T. Galla College Professor of Biological Sciences, completes research in areas that span the intersection of wildlife and human health.

One of his primary research areas is in shistosomiasis, a worm infection that’s transmitted from snails to humans in mostly tropical and subtropical parts of the world. Ninety percent of these infections occur in sub-Saharan Africa. The infection is contracted in waterways, which are common gathering points and necessary for retrieval of water for cooking and cleaning. Children ages 5-15 are most often affected, and while medications work to manage the disease, people often become re-infected when going back to the water.

Rohr’s laboratory will include both indoor and outdoor areas to study this and other diseases. His outdoor laboratory, which will be located near the north end of campus, will contain 120, three-hundred gallon tanks that will be used to simulate freshwater environments. The tanks can be used to study shistosomiasis, as well as the effects pesticides and diseases have on amphibians, which is another area of Rohr’s research.

Amphibians are the most threatened vertebrate taxon in the world. Rohr evaluates these decline in amphibian populations from the perspective of climate change, fungal and viral infections, agrichemicals, and pesticides, which affect the ability to ward off diseases.

Rohr’s lab, affiliated with the Notre Dame Environmental Change Initiative and the Eck Institute for Global Health, is also doing microbiome studies that evaluate the microorganisms on the skin – which are connected with defending against pathogens — or in the gut, which have been shown to be critical for immune development. And he recently landed a grant that is looking at the effects of climate change on the “vectors” that transmit human diseases, which are mostly flying insects, like mosquitos.

Rohr said he’s excited to set up his lab at Notre Dame, and feels his research program will burgeon here. “I’m excited about interacting with all the faculty; there are so many potential collaborators, and so many different directions in which the research program can move,” he said.

Rohr, most recently a professor at the University of South Florida, has been continuing his research in Tampa but plans to move to the South Bend area this summer, after his daughter graduates from high school.

He earned his bachelor’s degree in biology and environmental studies from Binghamton University, his master’s in teaching biology from Binghamton, and his doctorate in ecology and behavior from there as well. He completed his post-doctoral research at the University of Kentucky and was a research associate at Penn State University before starting his research and teaching career as an assistant professor at the University of South Florida, reaching full professor in 2017. He has been director of the Center for Infectious Disease Ecology Research and associate chair of the Department of Integrative Biology USF since 2016.

Originally published by Deanna Csomo McCool at science.nd.edu on March 28, 2019.