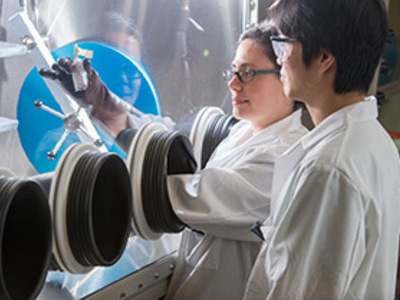 “The research, scholarship and creativity of Notre Dame faculty continues to make a difference in multiple ways across our country and around the world,” said Rev. John I. Jenkins, C.S.C., the University’s president. “The growth in external funding is a tangible testimony to the importance of their work.”

Of the awards received in fiscal year 2016, 57 percent came from federal funding, with 16 percent from foundations and 15 percent from industry. Other sponsors, including foreign entities, local and state governments and nonprofit organizations, funded the remaining 12 percent.

Among some of the largest awards from the colleges and schools:

“This was another strong year for Notre Dame Research and it reflects the talents of our faculty and students,” said Robert J. Bernhard, vice president for research. “Due to their hard work and great achievements, we are celebrating another successful year for research funding and finished strong with the highest month of funding — nearly $23 million in June — in the University’s history.”

For the past three years, Notre Dame has continued its upward trajectory in research funding amounts, showcasing the University’s dedication to becoming one of the world’s preeminent research institutions. To learn more about some of the University’s key areas of historic strength as well as priority investment, visit research.nd.edu/our-research/key-research-areas/.

Originally published by Brandi Klingerman at news.nd.edu on September 07, 2016.